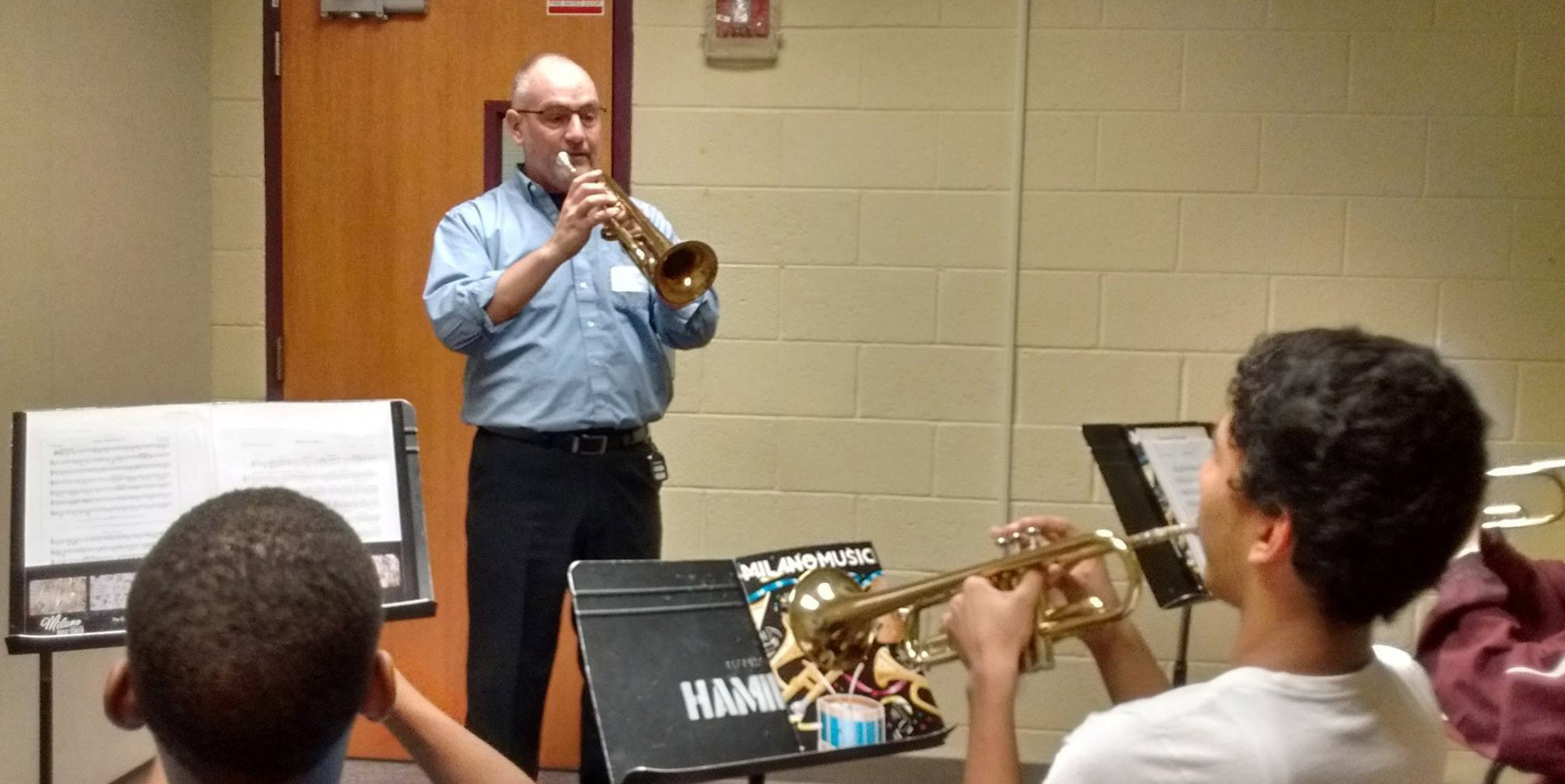 Brian Murphy is the Director of Orchestras and Assistant Director of Bands at Mesa Community College in Mesa, Arizona. In his fifteen years at Mesa Community College, the orchestra program has grown both in size and musical maturity. While teaching at the college, Mr. Murphy also spent sixteen years building a band and guitar program at Horizon Honors, a K-12 charter school in Phoenix. The program grew to include five bands and two guitar classes for students in grades 5-12.

Prior to teaching at Horizon, Mr. Murphy spent nine years as the band director and assistant orchestra director at Dobson High School in Mesa. During his tenure at Dobson, the bands received numerous awards including invitations to perform at the AMEA State Conference (1996, 2000) and at the MENC National Conference (1998). The Dobson Mustang Marching Band consistently received ratings of Superior or Superior with Distinction under his direction. Mr. Murphy assisted in conducting the Dobson Symphony Orchestra’s performance at the Mid-West International Band and Orchestra Clinic (1996).

For over thirty years, Mr. Murphy has taught band and orchestra in the public schools of Arizona. His experiences include elementary and middle school, high school and college levels.   He is now the owner of Conceptual Band and Orchestra Clinics LLC. In this capacity, he is active as a band/orchestra adjudicator and clinician in Arizona and throughout the Southwest. Mr. Murphy is supported by a beautiful wife and four wonderful children.